The store will not work correctly in the case when cookies are disabled.

Hidora
Basics of Kubernetes cluster architecture
Kubernetes technology is gaining popularity among technology companies year after year. In a nutshell, the Kubernetes cluster represents a number of abstracted machines for the automatic deployment, execution, scaling and administration of containerised applications.

Kubernetes technology is gaining popularity among technology companies year after year. In a nutshell, the Kubernetes cluster represents a number of abstracted machines for the automatic deployment, execution, scaling and administration of containerised applications. This open-source solution was designed to facilitate infrastructure management, and thus streamline the development and delivery processes of applications in general. Let's dive into the basics of the Kubernetes cluster architecture to get a clearer idea of how it works and the potential benefits of using it. 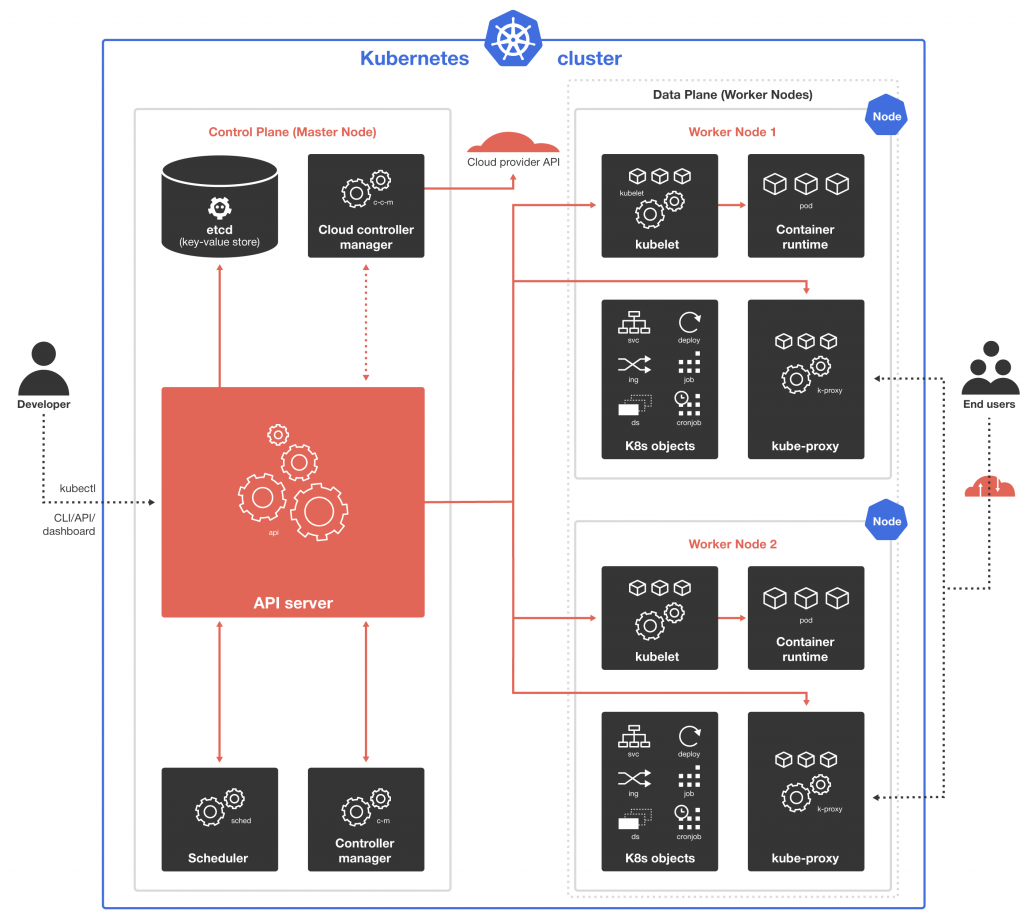 Each Kubernetes cluster consists of at least one master instance, called a control plane, and several worker nodes, which run the cluster orchestration system. The head nodes and worker nodes can represent virtual or physical computers or cloud instances.

The control plane is intended to supervise worker instances and run the Kubernetes API server, scheduler and all major controllers. All administrative aspects, such as interaction between cluster elements, persistence of cluster state and workload scheduling are managed in the master node. Speaking of production environments, the master node runs across a number of machines and a cluster runs across a number of nodes ensuring stability and high availability.

A key-value shop is a part of the control node, which is responsible for storing all the data of the Kubernetes cluster.

The Controller Manager monitors the current state of the controllers via the Kubernetes API server, compares it to the desired state and ensures that they match. It also runs the Node, Job, Endpoints, Service Account and Token controller processes.

The Cloud Controller Manager is required for integration with cloud technologies in case the Kubernetes cluster is running in the cloud. It runs controllers that are specific to the cloud service provider, including: node, route and service controllers.

The agents and core elements of the worker node provide the execution environment for the Kubernetes cluster.

Kubelet is run on each node in the cluster. It acts as a pipeline between the API server and the node, retrieving tasks from the server and ensuring that the containers are running in the user pod and functioning correctly.

Kube-proxy is a very important network component (running on each node as well as on Kubelet) that manages IP translation and routing. It monitors and controls compliance with network rules, enabling interaction between the internal or external network cluster and the User Pods.

Deploying a Kubernetes cluster on the Cloud

Given the rather complex architecture of the Kubernetes cluster, it can seem very difficult to deploy, manage and maintain it, requiring a separate service. With Hidora Cloud Platform, the Kubernetes Cluster solution is available for automatic installation with a few clicks.

1. Log in to your Hidora Cloud dashboard.
2. Navigate to the Marketplace (under the Clusters category).

3. Find the Kubernetes cluster and specify your settings in the installation dialog box: 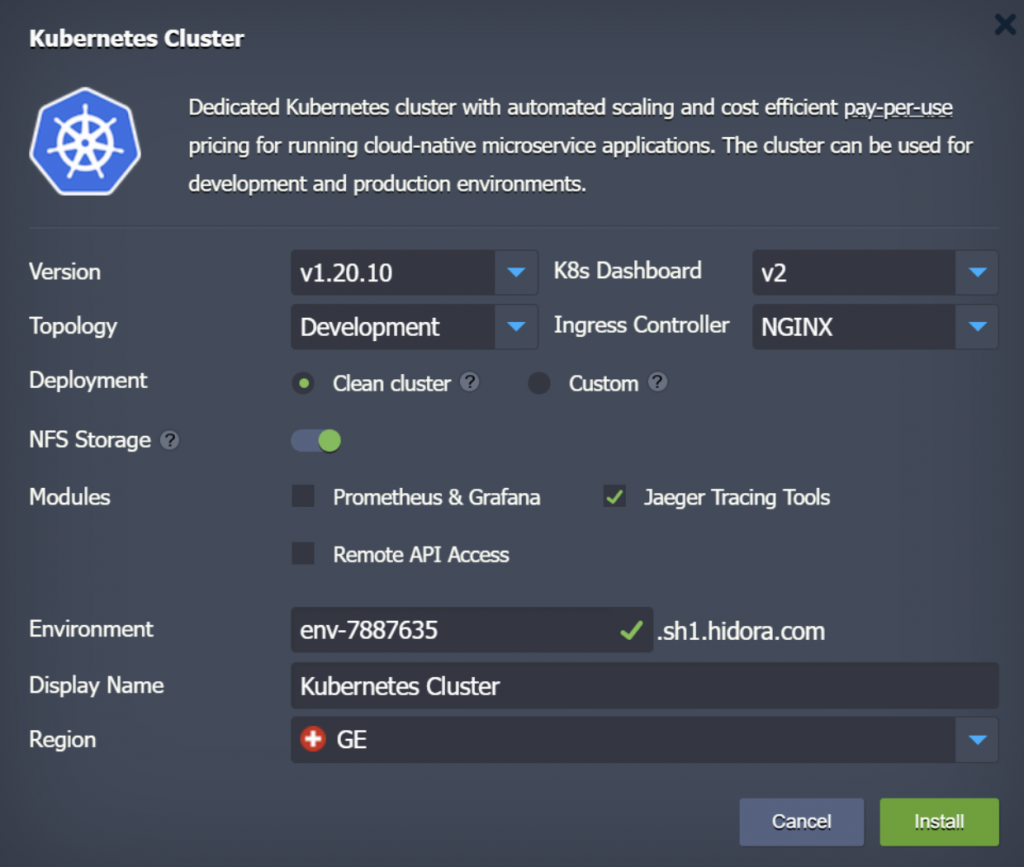 4. Click Install and within minutes, the Hidora Cloud Platform will automatically configure your Kubernetes cluster.

If you would like to invite vendors to the Quotation, please view the Quotation and proceed with submitting all details.